In May 2020 Google announced a change to its ranking algorithm.

The announcement gave no precise dates but said implementation would include a six month notice period, this was a sign the changes were going to be significant. In 2014 a similar announcement was made that https would be a ranking signal and the effect was stunning: 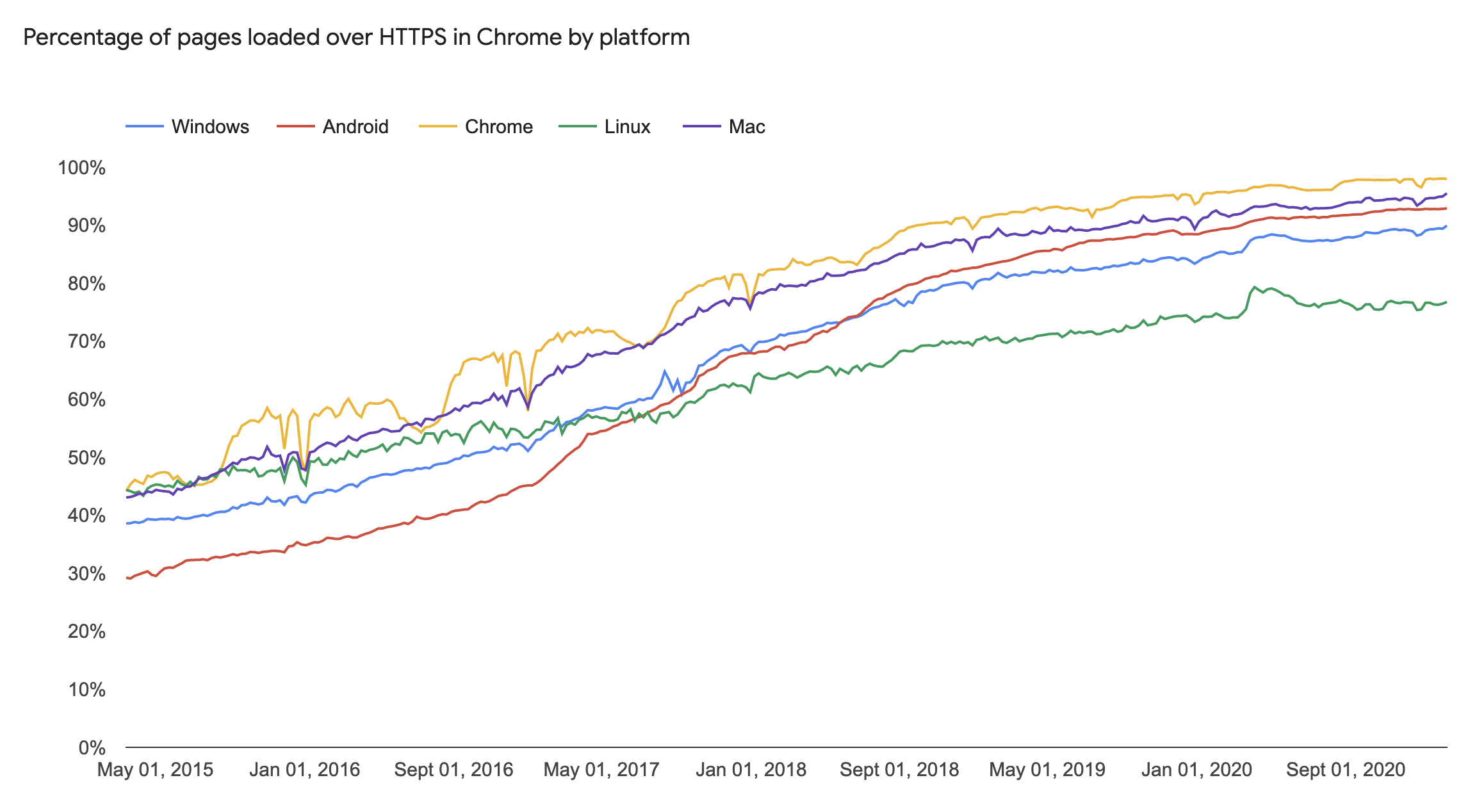 In November 2020 came the announcement that the changes would be implemented in May 2021.

What are the changes?

Frustrating isn’t it? Google wants this to stop happening so they are bringing in changes to their ranking algorithm know as Core Web Vitals.

What are Core Web Vitals?

It’s worth starting with the original announcement by Google in May 2020 to help understand what they are trying to achieve.

Core Web Vitals…measure dimensions of web usability such as load time, interactivity, and the stability of content as it loads.

You are already familiar with the more obvious aspects even if you don’t know the technical terms for them: How long a page takes to load, does the page work well on a mobile phone? When a link or button is clicked, does the website behave as a user would expect it to?

Core Web Vitals is made up of three components:

Largest Contentful Paint: How long does the biggest part of a webpage take to load? In most cases this will be a banner image or a carousel of banners.

First Input Delay: How long does a webpage take before you can interact with it?

Cumulative Layout Shift: Once a webpage starts loading on your device, how much does it move around a) as its loading and b) as you scroll around a page?

In all cases, the lower the score the better. Google want websites to load quicker, and behave more predictably once they have loaded.

The scores aren’t accumulated, you can pass with all three components scraping a pass. Or you can fail with one component being slightly over the fail boundary.

Will this affect me?

It’s our opinion that site which only just “fail” will not result in your website being removed entirely from Google. This will be limited to the absolute worst offenders.

If you do absolutely nothing one of two things will most likely happen:

It’s worth keeping the above graph in mind. When Google asks websites to change they usually do.

In our experience, most scores can be improved fairly easily.

DuckDuckGo and their major advertising push

Revisiting Google's algorithm update, and an appreciation of nufc(.com)